A Hole in the Head is a comedy made in 1959, the penultimate film directed by Frank Capra.  The movie features Frank Sinatra, Edward G Robinson and Eleanor Parker, among other big Hollywood names. The film introduced the song “High Hopes” by Cahn and Van Heusen, the song that was used in John F Kennedy’s presidential campaign the following year. The song also won an Academy Award for the Best Original Song.

A Hole in the Head was shot at a hotel on Miami Beach’s Ocean Drive, and the publicity led to a somewhat stormy relationship between Frank Sinatra and the press.

A Man Always In Debt

Tony Manetta (Frank Sinatra) moved from the Bronx to Miami, Florida with two friends in search of wealth and success. Tony manages a small hotel called the Garden of Eden, and spends a lot of money on expensive clothes and a Cadillac, despite being constantly in debt. He has one solid asset, his sensible twelve year old son Alvin. Tony also has a weakness for “dames”. And his current lady friend is even less responsible than Tony.  Tony applied for help again to his older brother Mario (Edward G Robinson), who this time makes some conditions. He is to settle down with a nice girl who Mario will select. Tony and Alvin play along to be diplomatic.  Tony is set up with the nice girl, Eloise, who unsurprisingly looks like Eleanor Parker, and Tony and Alvin both find they are impressed and take an immediate liking to her. Eloise reveals that she has lost both her husband and her son, and is enjoying the notion of being with someone who needs her. 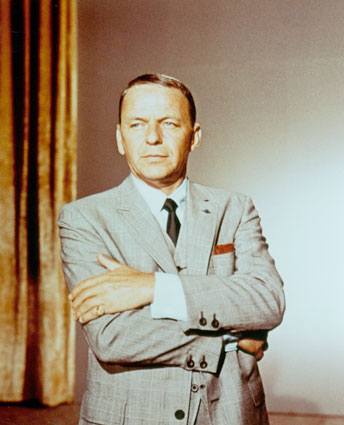 As the Debts Mount

Tony is still deep in debt, but pretends to his old friend Jerry that he is prosperous. He sells his Cadillac and goes to a dog racing track with Jerry, where at first he wins. His next mobile betting Nigeria bet, however, on a dog called Lucky Ally, increases his desperation to win, and Jerry realises that Tony is not a man of means. Jerry offers him money, Tony throws it back in his face, and one of Jerry’s bodyguards punches Tony.

A beaten man, Tony decides it would probably be better for Alvin to love in New York with Mario and Sophie. Tony goes off to the beach by himself, but Alvin finds him, and they are joined by Eloise. Mario and Sophie take a long overdue vacation.

Edward G Robinson Provides Most of the Humour

Most of the humour in A Hole in the Head comes from the struggle of the narrow-minded brother and his wife to force the rolling stone to be a little more of a conformist.

The scenes at the greyhound race track are exciting and realistic. In many countries, greyhound racing is done purely for enjoyment, but in other countries, including the United States, it is part of the gambling industry. It is run in a similar way, although it is less profitable, to horse racing. It is an organized sport, and greyhounds are raced around a track after an artificial lure, until they cross the finish line. The public is allowed to wager on the outcome. There is concern in many countries regarding the wellbeing of the dogs, and actually in America the sport seems to be petering out.

A Hole in the Head was based on a Broadway play produced in 1957, and would be re-adapted a decade later as a Broadway musical.