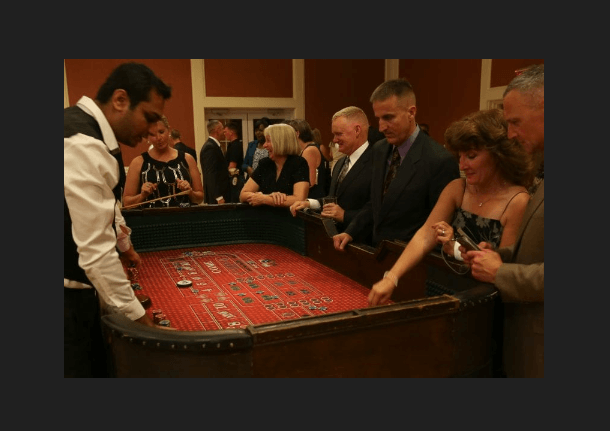 There are a number of different craps variations available, with new versions being brought out on a very regular basis. Die rich craps is the most recent of these, and it is played using only one die. It has much in common with regular craps, but manages to put a number of innovations in place as well. One of the most obvious differences between the two games is that this one moves at a much quicker pace.

Players have a gentleman by the name of Ken Coleman, working as a dealer in Reno, Nevada, to thank for the invention of die rich craps. The game made its debut at the Global Gaming Expo, an exclusive event which promotes new casino games, and it was also field-tested at the Eldorado Hotel and Casino. It was very well received, and Las Vegas’ Luxor Casino accepted it in 2006.

Die rich craps is not played on the table usually reserved for this game, unfolding instead on a smaller surface that may remind players of a blackjack layout. Players will toss just one die from the cup, and whether or not players win or lose depends on whether or not the thrower manages to win. It is due to this change in strategy that the pace of the game has increased.

The Rules of Die Rich Craps

The rules of die rich craps are very similar to those of regular craps: the first roll is also termed the come-out roll, and, if the die lands on a six, the players will all win their pass line bets at odds of one to one. If the come-out roll is a one, the pass line bet loses. If the come-out roll reveals a two; three; four or five, these numbers will automatically be converted to points. This will also give the thrower the chance to roll the die three more times, but if the thrower rolls a one on any of these extra rolls his or her bet will be lost.

Should the players’ second; third and fourth rolls result in points one after the other the player will be paid out according to the odds listed at the table. If the bets are lost, the turn will pass to the next player.

Like excitement in online roulette https://onlinecasinogamesca.com/roulette/, Die rich craps is an interesting; quicker-paced and more interactive version of craps, and each player participating has an active part to play in the game. Players do not have to wait overlong for their turns, and the rules are clear and simple enough for even total beginners to take part profitably very quickly. The payouts and odds are also far less complicated than the game it is based on.