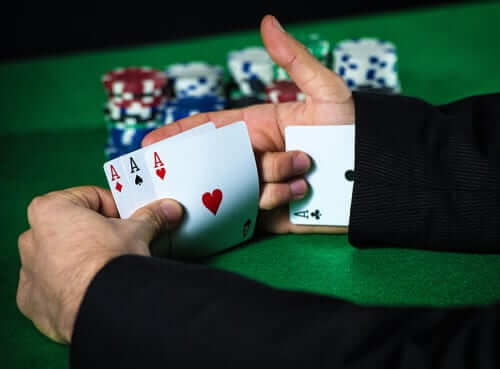 The prospect of winning big at the casino has always been the number one reason that drives people to gamble. Cheating the system is however very tempting and has been attempted by many people throughout history. Some cheaters were better than others. While some got caught because of the millions that they cheated the casino out of, others got caught because the sheer idiocy of their cheat.

Who are these people that thought they could get away with cheating? Let’s look at the most notorious man and woman that got caught with cheating the casino. Even though we might marvel at their actions, it is important to remember that cheating at your gambling is dishonourable and is not accepted in any casino.

Older slot machines worked by inserting coins into them as a way to play the machine. Tommy Glenn Carmichael invented a metal device that could be inserted into a slot machine and would then trigger the machine to give you a grand payout. As machines were updated his device no longer worked and he moved to smaller casinos that still used the older machines. However successful he was, he got caught and served jail time.

Upon his release he immediately created a new device that he called the Monkey Claw. This device allowed him to carry on cheating on the newer machines. He was soon discovered but the system failed to put him behind bars. Times changed again and electronic slot machines became the norm. He then invented a laser device that you shine into machine for the same purpose of triggering a payout. Greed got the best of him and he also started selling the laser to others.

He was running an illegal enterprise that allowed him and others to cheat the slot machines and eventually got caught again and was sentenced to more jail time 1999 after he pled guilty. When he was released, he was banned from gambling at every casino. However he is now working with casinos to produce anti-cheating devices.

The Bond Lady That Was Vegas Vixen

Beautiful women have often been used by scammers at tables to distract the dealers and the pit bosses. Ida Summers, in the 1960’s and 1970’s preferred the game of Blackjack. She was however not used by anyone as a distraction. Instead she used her own charms for her as a player to distract the dealer and hide what she was doing.

Being an expert at slight of hand, Ida would distract the dealer by way of her charm to swop cards out with cards that she had on her. When swopping a few cards became less of challenge, she upped her game to swopping out entire decks of cards. She was eventually caught on security cameras and had to plead guilty. Even though she admitted her guilt, she was never sentenced and only served one year probation. Some believe that even when on trial, she used her charms to avoid serving jail time. In 2005 her story was aired on an episode of Breaking Vegas.