Following on from Cryptologic Games’ original Superman slot, the slot sequel not only complements its predecessor, but also improves on it. Featuring the same theme, but with improved graphical quality and increased entertaining gameplay, this sequel features all the elements which made the first slot an enjoyable affair, but with so much more jam packed in now.

Five reels sit on top of a detailed cityscape, with 25 pay lines and character symbols of Lex Luther, Superman and Lois Lane all making their appearance and adding to the thrilling action. Similar to the original slot and Superman theme, this online slot game also features symbols of kryptonite, Clark Kent himself, the Daily Planet headquarters symbol and a phone box.

What Makes For A Good Slot Sequel?

When advising gaming developers on how to create gaming sequels or when providing criteria for slot players to use when assessing a sequel, there is always a few factors to keep in mind.

A good sequel must encompass the same theme as its precursor but have additional in-game features not found in the original masterpiece. The theme must be amplified through the use of in-game music, graphics and animations. The bonus features found in Cryptologic Games Superman Last Son of Krypton slot include a morphing wild, an advancement of the typical wild symbol found on slots.

A Lois Lane Wild Hearts feature also adds to the action in this second gaming title and here, players can win free spins and a multiplier of a certain value. Another bonus feature that rewards players with free spins and multipliers is the Lex Luthor Frozen Wild feature. This feature also enhances gameplay as it freezes the wilds on the reels for better winning combinations.

A slot sequel should also include more immersive sound effects and more innovative animations than the first slot release, and Cryptologic Games Superman Last Son of Krypton Slot delivers on both accounts for sure.

This slot game also encompasses higher payouts at more frequent intervals, another factor when considering whether or not a sequel is a success or not. If the first game was rewarding, this slot is sure to double, triple or even quadruple the winning potential. 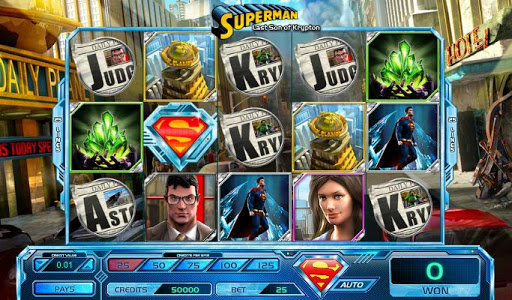 Like any slot, whether the original or sequel, both should boast a wide betting range so that it can be played and enjoyed by all players. It should also entail the same basic requirements needed for any game from different game modes like real money play and free play; it should be available for download or for instant use in browser; should boast a clear pay table; and should be offered by many online pokies in New Zealand. All of the above can be ticked off with Cryptologic Games Superman Last Son of Krypton slot.

Expectations Set, Should You Play?

If you’ve played the first slot of Superman and have built up high expectations already for the sequel, should you try out this new addition? The answer, as proven by many player and expert reviews is most certainly yes.