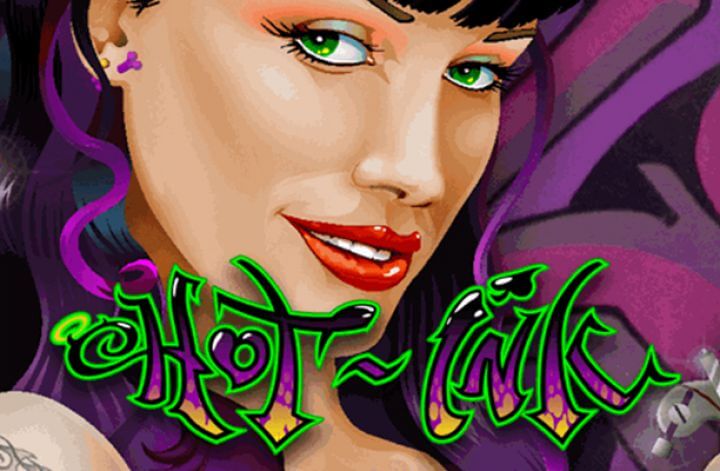 Players can live life fully like the tattoo artists at Microgaming’s Hot Ink online slots tattoo parlour do by simply setting the five reels of this scintillating slots game to spinning. There are an extraordinary 1024 Ways to Win, and a host of innovative features for players to take advantage of to boot.

There is a bonus round provided, in which players are able to boost their bankrolls by as much as 122 500 coins, and a free spins feature that has the potential to payout an enormous 100 000 coin prize. On top of that, spinners are able to enjoy mixed pay symbols and a special respin option that is able to retrigger during the game as well.

The Artists at the Helm

The theme that Microgaming has selected for its Hot Ink online slots game is cooler than cool –the reality is that people sporting a high quality tattoo automatically notch up points on the scale of hip.

This online slots Australia machine game has been designed to reflect the aesthetic of good tattoo work, and the interestingly filled game screen is decorated with different patterns and intricately-rendered details.

The symbols for players to make use of along their lines include images representing some of the most popular flash imagery in tattoo parlours around the world, and eight balls; hearts; stars; flaming dice and a lucky horseshoe all make an appearance.

There are also a number of spinning images on offer, and these depict the parlour itself. The most interesting symbols, however, are those which have been put in place to represent the artists who are in charge of the processes of the parlour. Luci is a baroque brunette, and Angel a bodacious blonde bombshell, and both of these are the ticket to the big money win.

The Hot Ink tattoo artists are not just interesting because of how beautiful they are, but also because they are able to hand out linebet multipliers of 750x when five of them appear along adjacent reels. These two charming characters are also able to get together to award players with mixed pays, and, if a combination of these lovely ladies appears on five consecutive reels, then a 500x multiplier is immediately added to the player’s total bet.

The next most productive of the Hot Ink pictures is the male tattoo artist, as he is able to award 400x the value of the player’s linebet when five combine for a winning sequence. The chairs and tattoo shop hand out multipliers of 300 and 200 respectively, and the designs are next in line with payouts ranging from 50x to 150x the total bet.

Hot Ink will keep players glued to their seats thanks to the extra symbols Microgaming has provided for play, and one of these is the wild, depicted the game’s logo.

This icon is not only able to replace other symbols in order to pay the player out, it will also give a jackpot multiplier of 1 000x if five line up along consecutive reels.