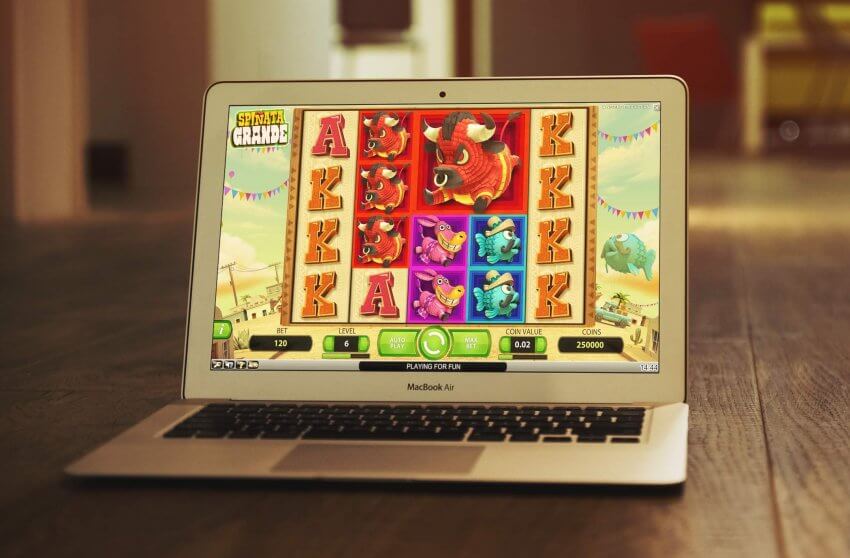 Slots games are easy to learn but almost impossible to stop playing! They have a fascinating history, and were first developed in the early years of the twentieth century in Brooklyn and San Francisco.

After becoming popular in the bars of these cities, they were introduced to the lights of Las Vegas as a side entertainment for the wives and girlfriends of the men at the card tables. They were soon a main attraction in their own right and the rest, as they say, is history. Their popularity continues to grow today.

Their next big development was in the 1990s, when the Internet explosion ushered in the online games. Many more players could enjoy the games from the comfort of their own homes, with ever-evolving software providing more and more immersive games.

Mobile devices make them more accessible than ever before, and now you can play your favourite game whenever you have a free moment. For busy players of today, this seamless integration into daily life means never missing a winning opportunity.

How to Play Online Slots Games

The objective of any online or offline game is to spin the reels and then have their symbols line up in pre-set combinations called paylines. These symbols are brightly coloured and easily recognisable, and commonly include fruit, bells and hearts. Newer games might also include celebrities’ faces or other icons, and possibly even animated icons.

Traditional real money online pokies games feature three reels, with the Fruit Machine variations allowing for skilled manoeuvring to stop the reels as players try to achieve winning combinations. As the games developed, variations featuring many more reels and paylines have been added for even more excitement.

Video Slots are quite a recent development, and are so-called because in land casinos they involve no moving parts unlike traditional machines. Offline and online they boast gorgeous graphics, intricate storylines and advanced bonuses and are great for when you feel like taking your games to the next level. They’re often based on one concept or on a movie franchise, and the icons, bonus rounds, sounds and general graphics all centre on their theme to completely draw players in.

The Epic Advantages of Slots Online

It’s great fun to pull the levers and push the buttons on a land-based Slots machine, but there are plenty of advantages to playing online as well. You won’t have to deal with crowds or clogged machines, and you can play whenever the mood strikes you.

It’s also a lot cheaper to play online because there are no travel or other expenses, and the casinos’ lower overheads allow them to accept much lower wagers. New games are often released, and old ones are more regularly updated, to keep experiences fresh and exciting. The payouts are also usually greater online than offline, especially if you’re playing one of the Progressive Jackpots.

These link the pots of several games, and pay out far more than one machine ever could. You’ll also be treated to a lot more bonuses when you play online, to keep you away from the competition and make up for the lack of live entertainment and complimentary treatments that players enjoy in offline casinos. These can really strengthen your betting position and allow to enjoy playing and winning even more.

No casino experience is complete without a few spins of the reels, and it’s never been more entertaining or rewarding to play them online! Take advantage of free play games most online casinos allow to find the ones you most enjoy, and then get spinning and winning.