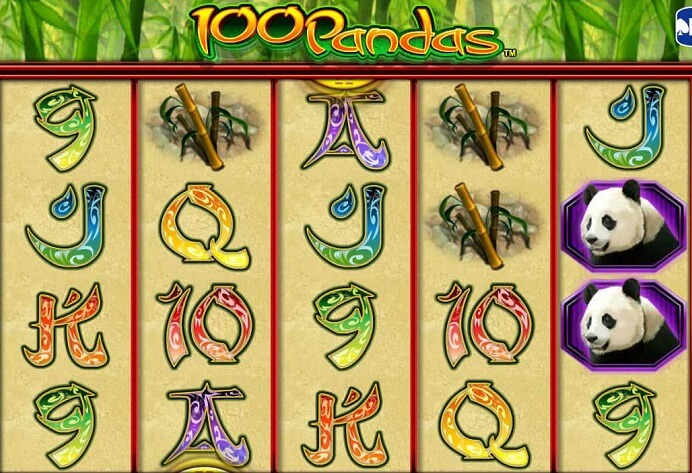 100 Pandas is an online slot game produced by IGT, one of the top gaming developers in the business. If you have played IGT’s 100 Ladies, you may be familiar with the setup of this game and what to expect. The theme of this animated slot game is all about Giant Pandas and is set in a native Chinese bamboo forest. During the base game, the sounds of the jungle can be heard in the background accompanied by Chinese music. This brightly coloured game is filled with high quality animations that make it a real pleasure to play.

As with many of IGT’s other games, the 100 in 100 Pandas stems from the fact that the game features an impressive 100 paylines. In this game all 100 paylines can be activated and set all the way down to a single payline if needed. Like most pokies developed online, this 5-reel slot game features wild symbols, scatter symbols and a free spin round. On the reels players will find some Chinese themed symbols including a panda with a blue background, a panda with a green background, a lotus flower, bamboo and a yin-yang symbol. The standard high card symbols also feature in the game and have been stylised to look like Chinese characters.

100 Pandas is the type of game that will appeal to anyone who likes a simple slot game without too many features. This easy-to-play game creates a wonderful atmosphere and is easy to get into. The fact that it has stacked wild symbols and a bonus round that can be re-triggered makes it quite a lucrative game. Anyone looking for a big win should give a try!